Governance at a Glance

Prior to joining Liberty Interactive, Mr. Maffei served as President and Chief Financial Officer of Oracle, Chairman, President and Chief Executive Officer of 360networks Corporation and Chief Financial Officer of Microsoft Corporation. Mr. Maffei is a member of the Board of Trustees of Dartmouth College and Council on Foreign Relations. He previously served as President of the Board of Trustees of the Seattle Public Library. He has an M.B.A. from Harvard Business School, where he was a Baker Scholar, and an A.B. from Dartmouth College.

Maverick Carter, an entrepreneur and CEO, has significantly impacted the sports and media landscape and helped usher in a new era of athlete empowerment. As CEO of The SpringHill Company, Carter has made a pioneering commitment to developing authentic, award-winning content spanning several platforms including digital, documentary and feature films all with a common thread of important, aspirational storytelling. The SpringHill Company owns notable brands including athlete empowerment brand UNINTERRUPTED and its More Than movement and the trailblazing hit show for leading cultural conversations, The Shop.

In addition to his expanding media and entertainment endeavors, Carter has an extensive background in marketing and business development. As the long-time manager of LeBron James’ business interests, Carter was instrumental in securing his lifetime deal with Nike, the largest single-athlete guarantee and the first lifetime commitment in the company’s history. Carter also played a key role in the growth of LRMR Ventures, the venture company that holds and oversees all of Carter’s and James’ current investments and business assets. Their investment portfolio has included Beats by Dre, which was sold to Apple for $3.2 billion in 2014 and Liverpool Football Club, the storied Premier League football franchise Carter and James own a stake in through their partnership with Fenway Sports Group.

Carter also provides strategic insights to leading companies and several nonprofit organizations, serving on the Board of Directors for Live Nation Entertainment and Equinox Group as well as the Advisory Council for the Smithsonian’s National Museum of African American History and Culture, Walmart’s Opportunity Leadership Council, and the LeBron James Family Foundation that is committed to creating generational change in his hometown of Akron, Ohio.

Ping Fu has served as a member of our board of directors since June 2018. Fu describes herself as an artist and a scientist whose chosen expression is business. In 1997, Ping co-founded Geomagic, which was acquired by 3D Systems in February 2013. The 3D imaging and 3D printing technologies she created fundamentally change the way products are designed and manufactured around the world. She was also part of the team that created the NCSA Mosaic software that led to Netscape and Internet Explorer. Ping has received numerous awards, including the Outstanding American by Choice award from U.S. Citizenship and Immigration Services, the Ernst & Young and Inc. Magazine's Entrepreneur of the Year. 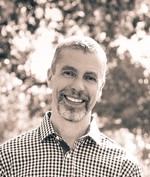 Chad Hollingsworth has served as Senior Vice President, Corporate Development at Liberty Media Corporation since 2016, where he focuses on investment opportunities within the telecom infrastructure, retail, sports and live entertainment sectors. He first joined Liberty Media in 2007, and has served as a director on several public and private company boards, including Backcountry.com, CommerceHub, Interval Leisure Group, Saavn Global Holdings, TruePosition and Ideiasnet. He also oversees several of Liberty’s existing venture investments, and was a member of the Investment Committee for Sound Ventures from 2015 to 2018.

Mr. Hollingsworth currently serves as a director for Rocky Mountain PBS, as well as Invest in Kids, both Colorado-based nonprofits. He has a strong passion for music, having played professionally as a jazz saxophonist from an early age, and served as the chairman of the board of KUVO, Denver’s jazz radio station, for three years prior to its merger with Rocky Mountain PBS in 2013. Mr. Hollingsworth received his B.S. from Stanford University, and is a CFA® charterholder.

Jimmy Iovine has served as a member of our board of directors since 2014. Mr. Iovine is widely regarded as a forward-thinking visionary in Music. Iovine, along with hip-hop pioneer Dr. Dre, co-founded Beats Electronics (Beats) and Beats Music, which were both acquired by Apple in 2014.

Iovine is also the founder and former Chairman of UMG's Interscope Geffen A&M Records unit. Under Iovine, Interscope became home to the biggest artists in the world including Dr. Dre, Nine Inch Nails, U2, The Black Eyed Peas, Eminem, and Lady Gaga. Iovine began his career in the studio producing works by John Lennon, Bruce Springsteen, Patti Smith, Tom Petty and the Heartbreakers, Stevie Nicks, and many others.

In 2013, Iovine and Dre gave a $70 million endowment to USC to create the Jimmy Iovine and Andre Young Academy for Arts, Technology and the Business of Innovation.

James S. Kahan has served as a member of our board of directors since 2007. Mr. Kahan is a former executive of AT&T where he spent nearly 38 years. During his tenure at AT&T and its predecessors, he oversaw approximately $300 billion of acquisitions and divestitures, including the acquisitions of Pacific Telesis (1997), Southern New England Telecommunications (1998), Ameritech (1999) and the former AT&T Corp. (2005), as well as Cingular Wireless' acquisition of AT&T Wireless (2004). He was also responsible for AT&T's acquisition of BellSouth Corp. in 2006. Mr. Kahan serves as a director of Amdocs Ltd. and a number of private companies.

Randall Mays served on the board of Live Nation since our inception in 2005. Randall is Co-Managing Partner of Mays Family Enterprises and CEO of Running M Capital. Randall is also the Co-Founder of the NeuroElasticity Project, while learning and exploring opportunities within Consciousness. He sits on the boards of several companies and foundations. Previously, Randall spent over 15 years at Clear Channel Communications (now iHeartMedia) holding various leadership roles including Vice Chairman, President and Chief Financial Officer.

Michael Rapino is our President and Chief Executive Officer and has served in this capacity since 2005. He has also served on our board of directors since 2005.

Dana Walden has served as a member of our board of directors since June 2018. Walden is Chairman, Walt Disney Television, having previously served as Chairman and CEO of Fox Television Group, from 2014 until Fox's merger with Disney in 2019.

Walden has held leadership roles at Fox for nearly two decades, beginning in 1999 when she, along with longtime partner Gary Newman, gained oversight of 20th Century Fox TV and grew it into an industry leader in the production of award-winning and culture-defining hits including 24, Homeland, Glee, Modern Family, American Horror Story and, most recently, breakout hits This is Us and 9-1-1. In 2014, she and Newman added oversight of the Fox network which is home to such hit series as Empire, 9-1-1, The X-Files, Family Guy and the longest-running show on television, The Simpsons. FTG's content now reaches more than a billion people every day across the world in as many as 180 countries, across six continents, in 30 different languages.

In recognition of her contributions to the industry, Walden received the coveted Brandon Tartikoff Legacy Award in 2017, has been inducted into Broadcasting & Cable's Television Hall of Fame and been named MIPCOM's "Personality of the Year" and Variety's "Showman of the Year." Walden serves on the boards of UCLA's Jonsson Comprehensive Cancer Center and the Friends Board of the Saban Community Clinic and has been honored by both organizations, as well as by the Alliance for Children's Rights, Big Brothers Big Sisters of Greater Los Angeles, the Chrysalis Organization, Cedars Sinai Medical Center and the Legal Aid Foundation of Los Angeles. 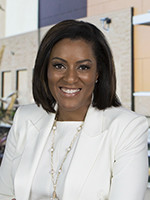 Latriece Watkins has served as a member of our board of directors since September 2021. Watkins is Executive Vice President of the Consumables division for Walmart U.S., the nation’s largest retailer. She plays a pivotal role in driving Walmart’s business success and in shaping the future of retailing. As one of Walmart’s largest divisions, she leads a business that, on its own, would be part of the Fortune 50.

Today, a majority of items on every American household shopping list fall in her portfolio. Watkins leads a team that oversees all omni merchandising strategies for the company’s baby, beauty, over-the counter pharmacy, household chemical and paper, personal care and pets business.

Over the course of her career, Watkins has held several key leadership positions in merchandising, human resources and store operations, and began at Walmart focused on the Company’s real estate disposition and development. She was tapped by Walmart’s CEO to lead a team focused on culture change and transformation across the enterprise. Because she has worked in so many different areas of the business, she brings a 360-degree approach to her leadership, all while keeping customers at the center of Walmart’s business.

Watkins has also championed a number of mentorship and diversity and inclusion initiatives at Walmart, including serving as chairperson for the African American Resource Groups for two terms. Currently, she leads the company’s criminal justice Shared Value Network team, which focuses on leveraging the company’s strengths and expertise to increase racial equity within the system. Watkins is admired across the industry as someone who leads with respect and lifts others. She champions DEI programs that create sustained, consistent and significant impact, both within her company and her community.

She is widely celebrated and recognized throughout the industry as a trailblazer, forging her own unique path to leadership and success. In 2020, Fortune included Watkins on a list of women most likely to land a spot on the Most Powerful Women list. In May 2021, she was awarded the Madam C.J. Walker Award for Excellence in Diversity, Equity and Inclusion, an award that recognizes individuals who demonstrate an outstanding commitment to DEI. She was also named to Mass Market Retailers Most Influential Women in Retail.

Active in the community, Watkins currently serves as a board member for Thaden School, an independent school in downtown Bentonville, Arkansas that aims to provide holistic, enriching education to prepare students for college. She’s also a board member for Mercy Health Foundation of Northwest Arkansas. Latriece works with a variety of local and regional chapters of non-profit organizations, including the American Heart Association; Susan G. Komen Foundation; Big Brothers, Big Sisters; Boys and Girls Club and Winthrop Rockefeller Institute.

Watkins graduated from Spelman College with a B.A. in political science and received a JD at the University of Arkansas law school.

Meet our Board of Directors and view their bios

View Board of Directors

Guidelines, Charters, and other Governance-related documents